Bourne Gateway & Leisure Club was founded in 1983 at St Peter's Hospital for People With disabilities who were resident there on a permanent basis. When the hospital closed residents were encouraged to live within the community, negotiations took place between Social Services and Lincolnshire County Council. Charitable status and an affiliation with Mencap were soon arranged and all local people with disabilities had an opportunity to join our newly formed club.

Our club aims to advance the personal development of members through greater leisure and social opportunities helping them to achieve a better quality of life. We endeavour to meet our aims through involvement in the local community. People aged 18 or over and with any type of disability are welcome to join, there is no admission price for carers and support workers. 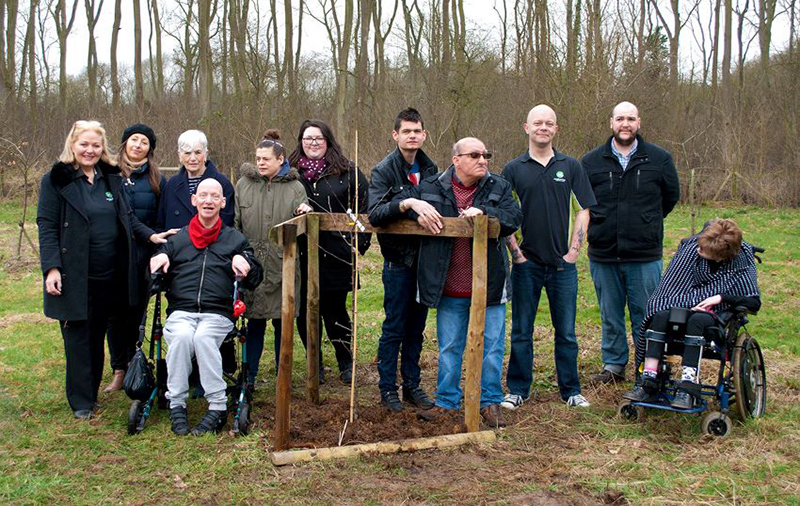 Lincolnshire County Council oversaw the project including the training of staff in Health & Safety and administrative standards. Lesley Patrick was appointed Leader-In-Charge and she has filled this role since 1995 with a team of dedicated and hard working volunteers at her side.

Following an initial growth in popularity, the Youth Centre in Queens Road in Bourne was the chosen venue and we very quickly gained a higher membership. Eventually a move took place which saw us occupying the Abbey Church Hall on South Street and the club became a great success with people coming to enjoy themselves from Stamford, Sleaford and even further afield. A vast increase in both members and non-members meant that we were soon on the move again. In September 2016 we relocated to the Masonic Centre on Roman Bank, a spacious and well kept hall designed for audiences and with its own kitchen and bar.

At the start of this, Len Pick Trust kindly gave financial assistance to the Gateway Club for two and a half years for which we are forever grateful. We are also proud to have become a self-sustaining entity and we are looking forward to the future. We would also like to send a very special Thank You to The Bourne Round Table and to the Bourne Freemason's Lodges for their fantastic and ongoing support.

The Committee is a minimum of five official club representatives and they meet four times each year according to our written constitution. A minimum of three Gateway Club members are a part of the committee as representatives for the other members.

A varied calendar of events offers forty-six sessions per year. These include our weekly disco where we supply a coffee bar with sweets and cold drinks also available, a raffle every week with some great prizes, live singers and festive themeing at relevant times of the year. We also bring in our own catering staff for ocassions which involve a meal, all food is prepared and cooked on site. In addition, particularly in the summer months, we host a day trip to the seaside and visits to other places of interest.